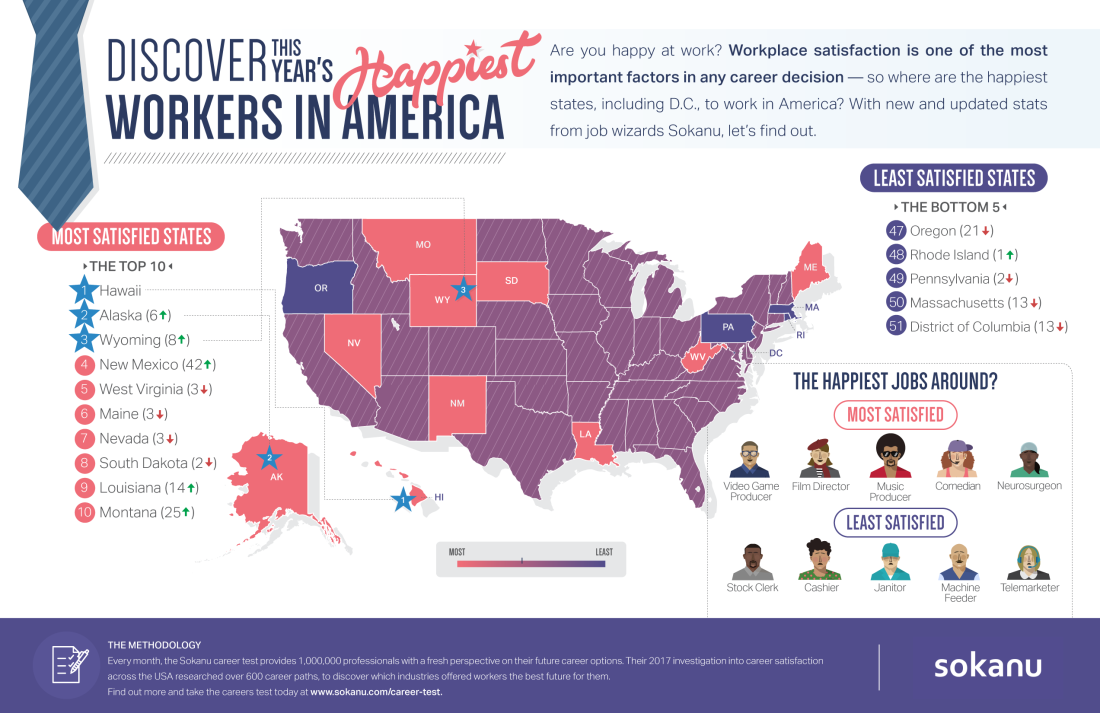 Career discovery platform Sokanu released results of its survey of the happiest workers and jobs in America.

The 2017 survey about job satisfaction in America reached 150,000 people across 599 career paths to discover which industries offered workers the best and happiest future. And it turns out that where in the country you live and work is an equally important factor.

It seems that the East Coast is where the country’s unhappiest workforce resides with 4 out of 5 of the least-satisfied states being from New England. Oregon made a debut in the bottom five falling 20 places to the 46th spot, with Rhode Island, Pennsylvania and Massachusetts following in 47th, 48th and 49th place respectively. Washington, D.C., was labelled the least-satisfied state, falling 12 places to the bottom spot.

Creativity was a big factor in job satisfaction — Video Game Producer, Film Director, Music Producer and Comedian were labelled as the happiest jobs in the country, along with Neurosurgeon.

Spencer Thompson, CEO of Sokanu, said: “The results from this year’s survey show a dramatic shift to passion-based careers where one has control over their work and a license to use their creativity in a way that allows them to make a living from their interests. The unhappiest jobs are those in the service industry where there is a lack of autonomy or variety in the work.”